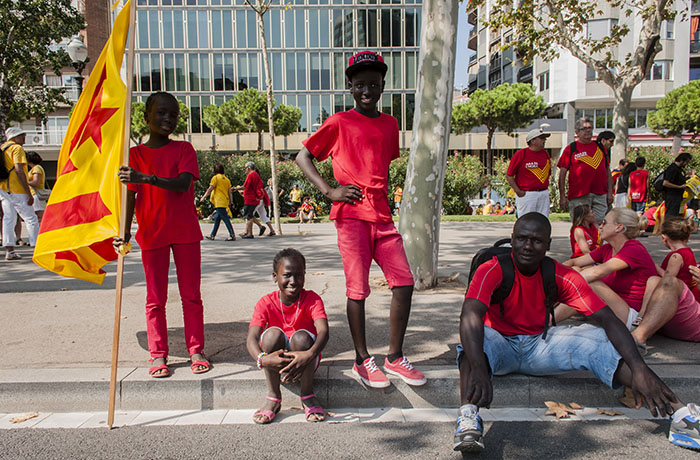 The National Day of Catalonia (known as La Diada) is a day-long festival in this region of Spain. It commemorates the defeat of Catalonia during the War of the Spanish Succession (1714).
The holiday was first celebrated in 11 September 1886, but suppressed by the Franco dictatorship and reinstated in 1980.
This is the day when there are independentist demonstrations and cultural events in most of Catalan villages and in Barcelona as well.
Recently, the Government of Catalunia announced that the referendum on independence will be set for Sunday 9 November 2014, and that it will contain a question with two sections:
“Do you want Catalonia to become a State?”
and
“In case of an affirmative response, do you want this State to be independent?”
For this reason, the Diada this year is a special political opportunity for Catalan Natoionalists to show their political strength.
In this day of celebrations, Catalan nationalists will organize a huge demonstration with millions of enthusiasts for the independence drawing a giant human V (Victory) in the streets of Barcelona.

Please, ask me if you need the pictures of this day: [email protected]