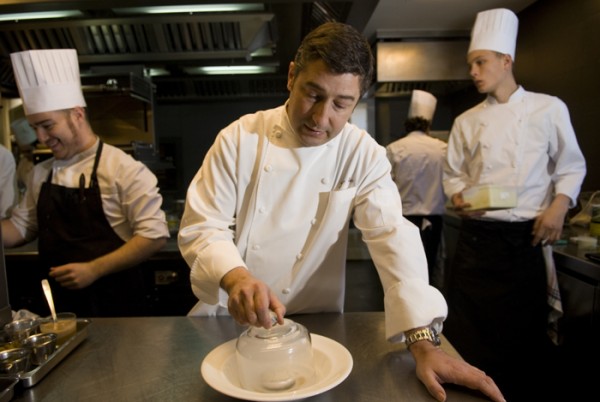 Chef Joan Roca lights sawdust in a small black pipe with a hissing sound. With quick moves, he carefully pumps the smoke onto a plate, under a glass cloche. A strong aroma that brings the idea of fire to one's mind accompanies the aubergine soufflé in a sardine marinade. "The burning beech smoke provokes a reflection on memories related to family gatherings where fire has been present," Joan explains.

El Celler de Can Roca, a restaurant in Girona, Spain, has three Michelin stars and was recently chosen as the second-best restaurant in the world by the British Restaurant magazine. It is pioneering what has become known as emotional cuisine. See the feature gallery online.