The first bullfight in Catalonia took place in the 14th century; the last one was on September 25th.  Once deeply-rooted in this region of northeastern Spain, the spectacle of the corrida has succumbed largely to Catalan nationalist politics, as well as animal-rights activism and a failure to attract a new generation of young people.  But that Sunday every one of the 19,000 seats in Plaza Monumental was filled, testimony to an abiding passion for bullfighting, especially when the torero is the riveting José Tomás, whose elegant stoicism and hair-raising bravery have turned him into a living legend.  Tomás chose the Monumental for his return in 2002 after a five-year retirement and on September 25th he performed a final farewell to the arena – and to Catalonia’s centuries of bullfighting – in an event of unsurpassable drama.  The day’s high emotion culminated in the corrida, but there was plenty of passion outside the ring too as animal-rights activists and pro-bullfighting enthusiasts celebrated the day for very different reasons. Braden Phillips 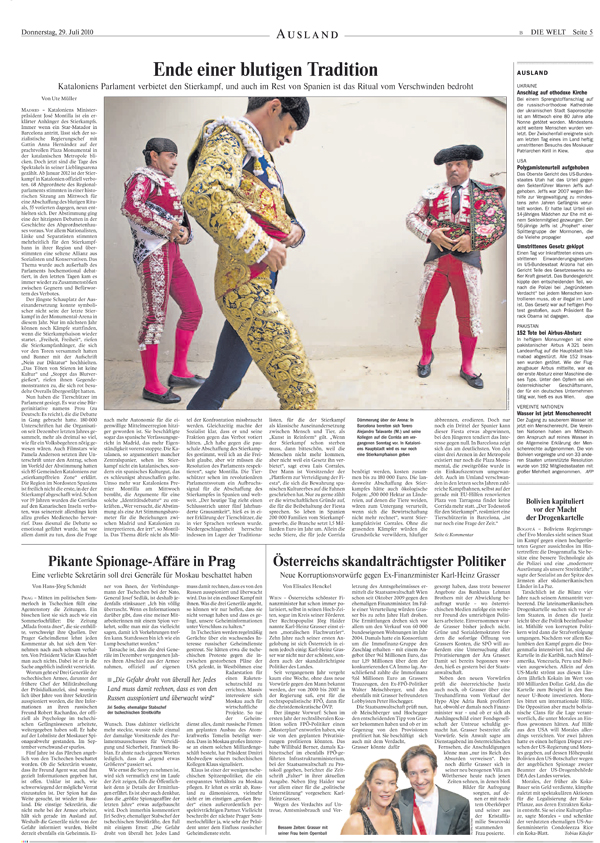 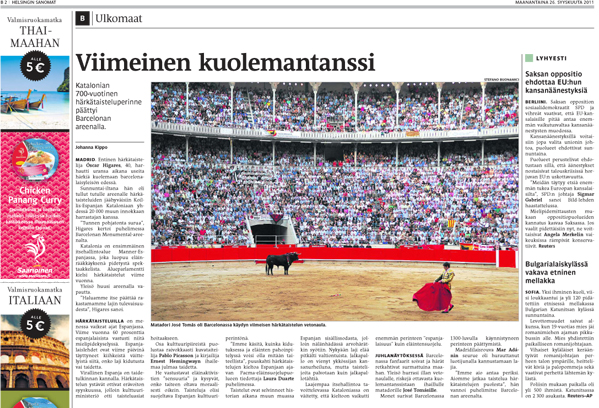