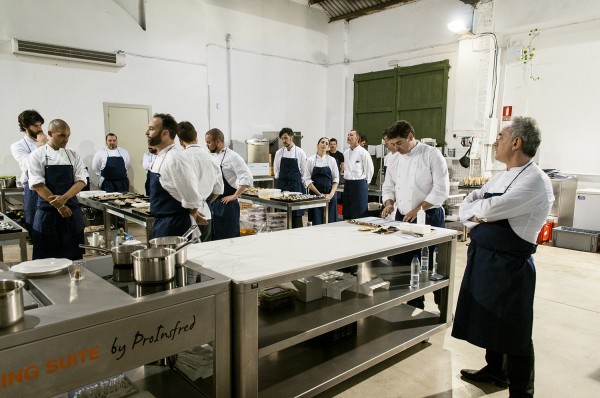 Ferran Adrià, the Catalan chef, worked a dinner service for the first time since he closed El Bulli, the avant-garde, Michelin-three-star table that was repeatedly named best restaurant in the world. The event in barcelona was titled “This Is Not a Dinner.”

Read the article in the T Magazine