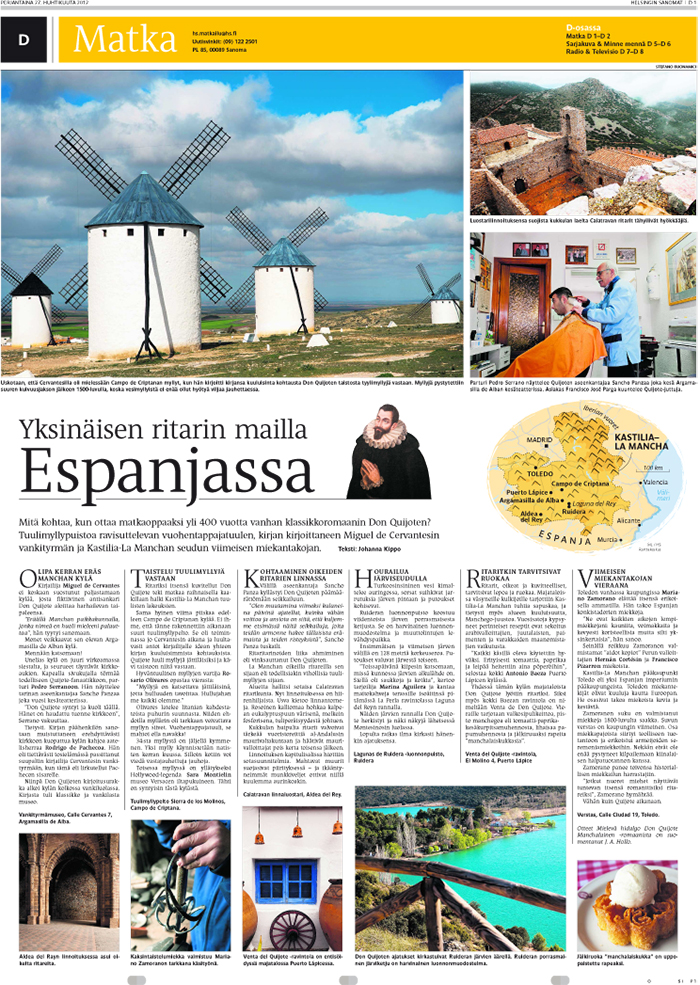 The lone gentleman and antihero Don Quixote praised crossroads, encounters in inhospitable surroundings and the importance of the journey.
The novel The Ingenous Gentleman Don Quixote of La Mancha, by Miguel de Cervantes, was a predecessor of today’s road movies. So what happens if you take it as a guide and inspiration to a voyage to the settings of the adventures of Don Quixote, in the little known Spanish region of La Mancha? It is a travel across vast vineyards, olive groves and saffron farms to look for the “village of La Mancha, the name of which I have no desire to call to mind…”.
One comes across rural villages of Argamasilla de Alba, Campo de Criptana and Puerto Lápice and isolated wilderness and natural parks, such as Lagunas de Ruidera, that once cleared even Quixote’s delirious head. There were remains of a ruthless history in Aldea del Rey under the rule of belligerent Calatrava knights, once imitated in chivalry novels.
The first words of the novel were drafted in Cervantes’ bleak prison cave that has been turned into a museum while some artisans in the region still hold to rare traditional professions, such as a swordsmith dedicated to Spanish Renaissance swords in Toledo. On top of that, in La Mancha there is no lack of encounters with real-world gentlemen, Sancho Panzas and good-willing Quixote fanatics.

In the port of Barcelona
Scroll to top